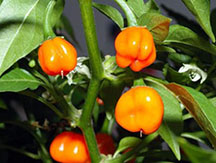 My brother-in-law loves to grow chiles, and in particular, the fiery habañero. As most gardeners know, the plants we love the most are the ones of which we always end up with in overabundance. That's what happened to Steve last year as his harvest began to ripen all at once.

Ranging from 100,000 to 350,000 on the Scoville Heat Unit Scale, the habañero has limits on its use as a tasty vegetable. Only a certain few people actually enjoy them and most people don't want anything to do with them.

My brother-in-law also loves to cook. That's why he decided to turn his habañero harvest into a tasty pie. He also hoped to convert some of those people who don't want to get anywhere near the chiles.

Apparently he didn't. Some of the judges at the pie baking contest he entered with his special new creation refused to even taste it. Chickens? I think so!

Those who did try Steve's pie loved it, so I suggested he share it with this website. His recipe is below.

Did I mention he's an engineer? 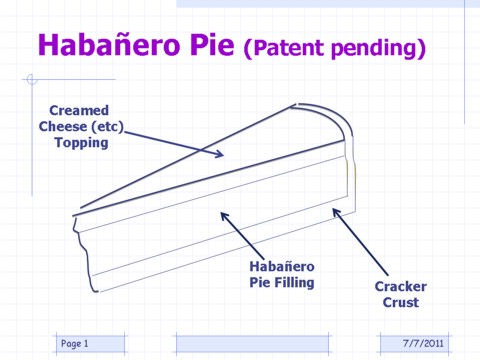 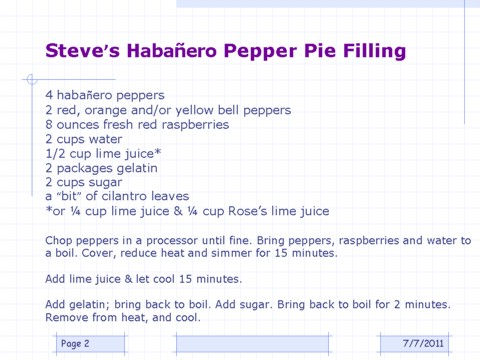 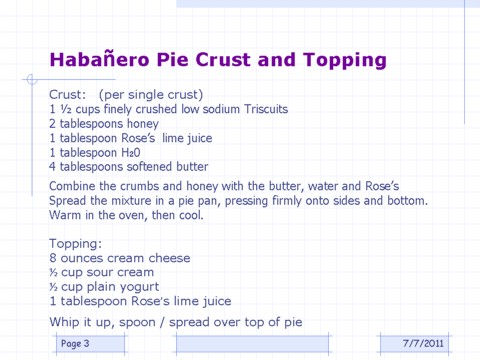 The Chile Pepper Encyclopedia: Everything You'll Ever Need To Know About Hot Peppers, With More Than 100 Recipes

A modern compendium of the world's most loved food group.